Polygamer is a monthly audio podcast that encourages and celebrates equality and diversity in gaming by interviewing voices pushing for change. By speaking with traditionally marginalized voices, Polygamer provides a platform to discuss problems and seek perspective on matters of sexism, racism, ableism, ageism, and more, within our industry, our community, and our games. Polygamer publishes on iTunes, Stitcher, Google Podcasts, Spotify, Overcast, Pandora, Pocket Casts, Castbox, TuneIn, RadioPublic, or the Internet Archive the second Wednesday of every month.

This podcast was inspired by a PAX East 2014 panel I moderated, “Sex, Sexy & Sexism: Fixing Gender Inequality in Gaming“, featuring Susan Arendt, Brianna Wu, Tifa Robles, and Duane de Four. That panel was in turn inspired by Anita Sarkeesian’s Kickstarter for Tropes vs. Women in Video Games, which I backed. 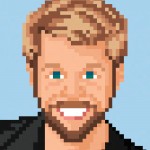 I’m Ken Gagne, Polygamer‘s straight, white, cisgender, male host. Over the course of these interviews, I hope to diminish my ignorance of other people’s experiences and gain a better understanding of what it means to be a gamer in the 21st century.

I’ve been a gamer since the Atari 2600 and Apple II. I was the community manager (sysop) of the Video Gaming Central Forum on CompuServe (1994–2004) and of the Gamebits forum on Syndicomm Online (2001–2006). I have been a member of the press since 1997 as a reporter, editor, and freelancer, having been published in such outlets as Computerworld, PCWorld, ITworld, and TechHive. I have spoken at conferences in Boston, Denver, Portland (Maine), and Kansas City on such subjects as podcasting, retrocomputing, crowdfunding, and WordPress.

I bring years of podcasting experience to Polygamer, having been the producer of the Computerworld Editor’s Note, founder and host of MS Challenge Talk, and founder and co-host of Open Apple. I am also currently the co-host of Transporter Lock, publisher of The Pubcast, and occasional guest of the Retro Computing Roundtable.

Interviews are recorded with a Logitech USB H530 headset, Skype, and Audio Hijack Pro; edited with Audacity, Levelator, and iTunes; published with WordPress and Blubrry; and hosted with DreamHost.

This site was designed by Moira Racich based on the Blox theme. Racich further adapted the logo by whiteseobox into the MP3’s album artwork.

The site’s content is created and maintained using such software as BBEdit, MarsEdit, GraphicConverter, Transmit, and Chrome.

I am active on Kickstarter and Patreon; my profiles and the projects and artists I’ve backed are public. Any potential conflicts of interest will be cited in the associated blog post and/or podcast.

Polygamer is an independent publication that is not affiliated with Polygamer.com, Less Than or Equal, Open Apple, the Retro Computing Roundtable, the Polygamerous podcast, my employers, or any other organization. The views and opinions expressed on this show are solely those of the hosts and guests and do not necessarily reflect those of their colleagues or employers.