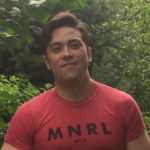 Jason Oda is the designer and developer of Waking, a game that uses gamers’ personal memories as weapons in the fight to awaken from a coma. As players explore the landscape of their subconscious, they are prompted to meditate and reflect on their experiences, choosing the memories that will strengthen them and fight alongside them. Waking releases on Thursday, June 18, 2020 for Xbox One and Windows from tinyBuild Games.

In this interview, Jason and I talk about the game’s evolution from Coma to Waking; how he managed to produce such an ambitious project as its sole designer and developer; the role that memories, even painful ones, can play in making us stronger; making a game that is inclusive of many diverse life experiences and memories; how the game blends meditation with Dark Souls-style action; what he learned from developing his previous game, Continue?9876543210; and how his pitch to ID@Xbox employed a technique that made its way back into the game.