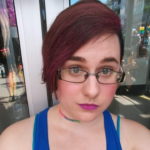 Geneviève “Eve” Leblanc is the community manager and QA tester for Clever Endeavour Games, developer of Ultimate Chicken Horse, a multiplayer, multiplatform game. UCH’s community has grown with the game’s original Windows release in 2016, PS4 and Xbox One debut in 2017, and Nintendo Switch port in 2018. Since last year, Eve has fostered this community, engaged with fans and influencers, and brainstormed promotions.

In this episode of Polygamer, Eve and I chat about how a community manager is more than just a moderator; what success looks like for a community manager; the differences in moderating a game’s community vs. a Twitch channel’s; how to get Twitch streamers to play your game; how to respond to negativity without taking a hit to one’s mental health; the tools and best practices for maintaining a work-life balance; and the academic field of sexology.

« Polygamer #85: Shannon Symonds of The Strong Museum of Play
Polygamer #87: Tifa Robles and The Explorers of Azullucent »