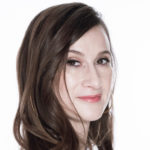 Cynthia Lowen is the director and producer of NETIZENS, a documentary that details the proliferation of online harassment faced by women. The film follows feminist critic Anita Sarkeesian, attorney Carrie Goldberg, and businesswoman Tina Reine as they fight back against the online harassment that has threatened their careers and livelihoods. Lowen ran a successful Kickstarter campaign for NETIZENS in late 2016 and is now showing the movie on the film festival circuit prior to its general release.

In this interview, I chat with Lowen about what inspired her to make this film; why she chose to focus on gendered online harassment broadly and not just in online gaming; whether the past few years have made the Internet safer or more dangerous for women; the role that men and video games can play in solving the problem of online harassment; how NETIZENS compares with her previous film, Bully; her experience with crowdfunding; and when we can look forward to NETIZENS‘s wide release.

This interview was recorded on Friday, September 21, 2018, while Lowen was in Switzerland as part of the film tour. Stream the audio edition of this interview below or from iTunes, Stitcher, Google Podcasts, Spotify, Amazon Music, Overcast, Pandora, Pocket Casts, iHeartRadio, TuneIn, RadioPublic, or the Internet Archive. Click past the jump for links to resources mentioned in this episode.

Full disclosure: I backed the NETIZENS Kickstarter at the $35 level, giving me early streaming access to the film.