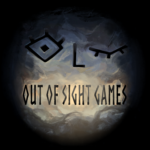 In this interview, Bein talks about what kinds of games tend to be more accessible to blind gamers; what developers can do to improve their games’ accessibility; whether or not the development tools themselves are accessible; talks he’s attended at the Game Accessibility Conference and GDC; why a future version of A Hero’s Call will have a visual component; and why he turned to Kickstarter for the game’s final push.