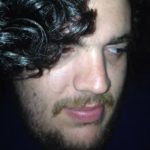 Dr. Noah J. Springer recently published his Ph.D. dissertation about reddit, in which he analyzed the cultural practices, technological affordances, hybrid economics, and politics of reddit’s public sphere. During the course of Springer’s research, GamerGate erupted, bringing into existence the subreddits of Kotaku In Action and GamerGhazi, affording Springer the opportunity to witness the emergence and evolution of these publics and counterpublics.

In this episode of Polygamer, I speak with Dr. Springer about his original hope and belief that online communities such as reddit could spur positive political movements, as in the 2012 takedown of SOPA and PIPA; how he was able to hold a neutral, academic view of GamerGate, despite his personal reactions; what behaviors or practices distinguish the KIA and GamerGhazi subreddits, and how each may’ve exacerbated the other; how GamerGate was a bellwether for Brexit and Donald Trump; the roles of empathy and neoliberalism; why Springer left reddit; and where we can look for online communities today.