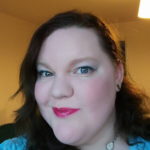 Natalie Juhasz is the co-founder and creative lead of indie game studio ReVenture Games. After producing several successful point-and-click adventure games in the Lorna Bains franchise, Juhasz and co-founder Marcus Seyer have launched an Indiegogo campaign for their first commercial title: Lorna Bains in ‘For Whom The Southern Belle Tolls’. As part of their exploration of narrative, the studio also recently attended narrative games convention AdventureX, where Juhasz attended several panels on the proliferation of adventure game mechanics, the intersection of adventure games and virtual reality devices such as the Oculus Rift, and more.

In this interview, Ken and Natalie discuss the myth of adventure games having died and been resurrected; the differences in tone and gameplay between Sierra’s and LucasArts’ classic adventure titles; the strengths and weaknesses of modern game engines available for creating adventure games; the decision to take Lorna Bains from freeware to commercial; and how games can have narrative without being about narrative.