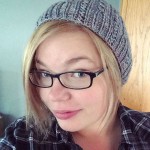 Ashe Dryden is the creator of AlterConf, a traveling conference series of marginalized voices from the tech and gaming industries. Since its founding in 2014, AlterConf has been held at a dozen cities throughout the United States and Canada, hosting talks and panels that go beyond Diversity 101. And in 2016, AlterConf will expand internationally, with events in South Africa, France, India, Australia, Germany, and more.

In this podcast, Ashe discusses how AlterConf will address global issues of diversity while respecting local values; how the Code of Conduct applies in different cultures; why all AlterConf speakers and organizers are paid, not volunteers; and whether AlterConf will ever exhaust the range of topics at the Diversity 201 level. Finally, Ashe also mentions her new project, The Fund Club, which uses crowdfunding to inject significant financial boosts into non-profits supporting marginalized voices in tech.