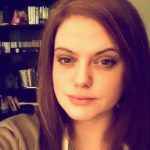 Holly Green is the managing editor of Gameranx, a video game news, reviews, and feature site. Not one to limit her outlets, Holly is also an accomplished freelance writer for outlets such as Polygon, where she detailed her challenges with obsessive-compulsive disorder (OCD). Most recently, Holly published her first cookbook, Fry Scores: An Unofficial Guide To Video Game Grub, listing real-world recipes for fictional foods. After an initial launch as an Apple iBook, a successful Kickstarter allowed the book to be recently ported to the Amazon Kindle format.

In this episode, Holly and I discuss freelancing for one publication when employed by another; the ethics of being a game reviewer and Kickstarter backer; her photography setup for shooting food; the difficulty in translating among the various e-book formats; how gaming achievements prey on OCD; and how game developers can be more conscious of neuroatypical gamers.