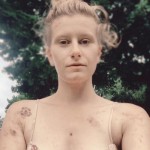 Kara Stone is a independent game developer whose works blend interactive art, self-care, mental health, and feminism. Her non-traditional approach to gaming invites users to contemplate the necessity of agency, the nature of diagnosis, and the definition of a game. Her work is available for multiple platforms, including iOS, SMS, and Web; some, such as Medication Meditation, were developed through Dames Making Games and published by Golden Gear, both in her native Toronto.

In this episode of Polygamer, Kara and Ken discuss the portrayal of mental health in games such as Life Is Strange; how porting her interactive fiction game Sext Adventure from SMS to desktop changed its experience; the objectification and feminism of female protagonists in the films Her and Ex Machina; whether it’s important for gamers to know the gender of a game’s developers; and the value of being aware of and sensitive to ableist language.

Full disclosure: I back Kara Stone on Patreon.

« A year of GamerGate and online harassment
Unheard Voices at GX3 »