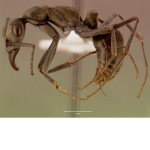 A year ago this month, shortly Polygamer‘s launch, GamerGate erupted across the Internet. I was at a Boston Indies meetup, preparing to give a lightning talk, when a speaker presented five ways to support women in gaming. One method involved Depression Quest, of which I was already a fan.

Holy crap. From everything I know, text adventure Depression Quest hits the nail on the head. http://t.co/C8WXorOJxq #IF

Based on my positive experience with the game, I retweeted the advice to police the game’s reviews, without understanding why it was in need of such.

When I discovered the larger context of this advice, I pinged fellow podcasters: are you going to cover GamerGate? No, they said — we’re hoping it will blow over. But within a month, it was evident that GamerGate was not going away. A year later, there have been several pieces published reflecting on GamerGate, with some common themes and lessons.

First, Quinn spoke with her new home’s newspaper, The Seattle Times, about how women game developers fight sexism in industry. The article lists several positive accomplishments within the industry in response to (but not arising from) GamerGate, such as the diversification of Intel and DigiPen; the founding of Quinn’s own Crash Override anti-harassment network, for which she granted Polygamer an interview; and the software being developed by Kim Swift or published by BioWare. But the article ends unhappily:

And whatever message the Gamergaters intended to send about women in games, it’s not the one that necessarily registered.

While at DigiPen, I asked a group of young female students what lessons could be gleaned from Gamergate.

Without missing a beat, they said, “Be careful who you date.”

That may not be the message GamerGaters intend to send, but it’s not the lesson we want women to learn, either. The repercussions of Quinn and Eron Gjoni‘s relationship are inappropriately public and wildly disproportionate. Placing the responsibility for GamerGate’s existence on the decision to date Gjoni is blatant victim blaming. Gamers should be able to engage in intimate relationships without concern that your ex will incite an Internet hate mob against you.

As DigiPen’s students demonstrate, victim blaming is something anyone is capable of, as society has practically trained us to believe the victim should’ve avoided the situation entirely; it takes a conscious effort to avoid. When I wrote a guide to avoiding being doxxed, I asked my editor to review it with victim blaming in mind. Was I inadvertently suggesting that, if someone didn’t want to be doxxed, she shouldn’t let her information out there in the first place? That too is not the lesson we need to learn.

So what should we be learning from GamerGate? Brad Glasgow of GamePolitics went right to the source with that question, interviewing the residents of the Kotaku in Action subreddit. His report is a fascinating examination of how GamerGate perceives itself, its distrust of journalism, and its dual insistence that GamerGaters don’t engage in harassment, but that any harassment that does occur is justifiable, absolving themselves of any responsibility to address it:

Harassment is wrong. We condemn it regularly. So much that it’s become tiring. Unfortunately harassment happens to any celebrity with any amount of renown… The bigger your name, the more harassment you receive. They could have kept a lower profile and reduced their harassment, they chose not to… these ‘victims’ were actively soliciting their own abuse.

Shouldn’t a party devoted to ethics in games journalism offer a stronger condemnation of harassment, with none of the wriggling and victim blaming inherent in the above? No, because cognitive dissonance is inherent in GamerGate: Kotaku In Action describes itself as “a community that condemns willful censorship, exclusion, harassment, or abuse” while that same community engages in censorship of feminist speakers at SXSW. Apparently, the only censorship worth revolting against is that which silences GamerGaters. If GamerGate intends to teach us a lesson, its pedagogy needs some work.

Rather than provide additional specific instances of harassment, I’d prefer not to point accusatory fingers at parties suspected of anonymous behavior; I’m well aware that bomb threats can affect even those sympathetic to or representative of the GamerGate movement. It’s evident that, regardless of the victim or perpetrator, such harassment does occur. What, therefore, is to be done about it?

One proposal comes from interaction designer Caroline Sinders, who provides an insightful look at how harassment can be addressed through online tools. While studying how harassment occurs and can be blocked on Twitter and elsewhere, Sinders’ mother was swatted, perhaps as a message to Sinders to cease her research. But victim blaming was not her M.O.: “The answer is not to stay quiet, go private, or hide online, or get offline because harassment, like bullying, will still occur.” So she stayed online, continued analyzing patterns, and implemented a solution to protect herself on Twitter. The results:

I checked to see how many accounts would have made it through if I had been able to quickly enact the filtering system I’d created—none of them would have. If my system was in use on Twitter, I would have been sheltered from the harassing comments without having to block each account manually, or going private. My filtering systems would allow the user to seem public, but be able to select a variety of filters to be harder to reach. Right now my system is just an idea, but I’m in the process of developing a series of Google Chrome extensions that will make it available to Twitter users.

Twitter is getting the message. In the one “GamerGate: One year later” article that Quinn contributed to, Brianna Wu reports:

Twitter has not gotten the credit that they deserve for stepping up and solving this problem. This time last year, if I got a death threat, I think the odds were maybe one in ten that Twitter would do something about it, probably lower.

We keep a running percentage here at Giant Spacekat, and these days our batting average is up to about an 85 percent success rate with Twitter. That’s a huge turnaround! I can tell you behind the scenes, Twitter has reached out to me and other high profile women and listened to us. It’s not that they want to only help Brianna Wu or Anita Sarkeesian — they just want hear stories, hear about what we’re experiencing so they can change their policies.

MTV, Huffington Post, Boston Magazine — GamerGate is getting plenty of coverage. When will we ever stop reporting on GamerGate? After all, by reporting on the problem, aren’t the media contributing to it?

The only way a person will stop being famous is if you completely ignore their existence. #gamergate

Hardly, says this opening quote from the GamePolitics piece:

If you ignore a subculture they don’t go away, they just get pissed off. The most radical elements in those movements will then rise to the top because there’s no place for reasonable voices to express themselves.

Nobody has ever asked to be swatted, and ignoring those attempts won’t make them stop. And for some, ignoring the problem has never been an option. Quinn herself reflected on the past year and where it’s brought her:

We have an unfortunate tendency of defining people like me as what happens to them…it’s overly reductive to boil a whole human being down to it. I could’ve gone off the deep end, started lashing out, only cared about myself, fallen down into my own well of torment and failed to notice my heel on other people’s throats, fought fire with fire and abuse with abuse – but thanks to other people who had been around me and pulled me out of it, and because of the shoulders of the giants I stand on, I am able to keep going and keep fighting for the rights of others to exist online without living with abuse.

Whether you believe there are only two sides to this situation — GamerGaters and Social Justice Warriors, feminists and MRAs, gamers and “fake geek girls” — or whichever view you subscribe to, the situation is undeniable: gaming is changing. It was changing before GamerGate, it’s changing because of GamerGate, and it will continue to change. It may not always be the change you want, but one thing will not change: gaming will remain an expressive medium through which designers, developers, consumers, and gamers create and find meaning. The greatest challenge will not be in steering that evolution, but in doing so without the industry and the community imploding from infighting. The ends do not justify the means — we cannot save our passion by killing each other.