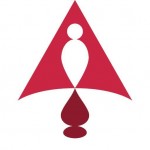 When the Polygamer podcast was still in the conceptual stage, I thought it was going to be called Polygame. As I better defined the show, I realized the focus wouldn’t be on games, but on gamers: telling the stories of the people who make up this industry and community. Only a single letter in the show’s title made a big difference in what it’d be about. Sure enough, in the year since Polygamer launched, I’ve been honored by dozens of gamers sharing their stories with me and with listeners. It’s been wonderful to get out from behind the screen and connect with the people and passions that make this pastime so powerful.

One of the first guests was Russ Pitts, co-founder of Take This, a non-profit that helps members of the gaming community address mental health issues. For longer than Polygamer has been around, Russ has been helping other gamers tell their own stories, as in the “Human Angle” series of features on Polygon, a website he co-founded; or in the e-book How Video Games Are Made, which details the development of Defense Grid 2.

Now Russ has taken to Kickstarter to crowdfund a video series that tells the human side of gaming. Stage of Development “is a documentary series featuring human stories about real people. Some of them make games. Some of them play games. Some of them just happen to be caught in the crossfire. All of them are helping make the video game community one of the most vibrant and exciting collections of humans on Earth.”

The campaign is seeking $192,105 by September 16, on which day the first episode of the show will debut, funded by Russ’s own company, Flying Saucer Media. Early episodes will feature big names like John and Brenda Romero, or the team at Spry Fox. I’m hopeful future episodes will tell us stories of people we’ve not heard of before, companies and studios less well-funded, and those representing marginalized voices.

I’ve backed this project at the $45 level because Stage of Development is an important way to remind us that there are people behind the products and screens we spend so much time engaged with. When developers get harassed, they leave the industry; when gamers get harassed, they leave the community. Each departure leaves us with fewer games and gamers to enjoy our favorite pastime with. Acknowledging our shared humanity is a defense against that attrition.

Stage of Development isn’t about publicity; it’s about empathy. Anything that helps gamers recognize and appreciate the human element of gaming has my vote.