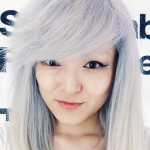 Lilian Chen, aka Milktea, joined the competitive gaming scene in high school, when her younger brother introduced her to Super Smash Bros. Melee for the Nintendo GameCube. As she toured the country participating in e-sports events, she discovered that she was one of the few women in a male-dominated scene. She set out to raise awareness of this gender imbalance by empathizing with, not shaming, the men in the community. After penning a series of Tumblr posts that attracted mainstream attention, Chen hosted "The New Meta" panel at the NYU Game Center and more recently delivered a TED-Ed talk, "How I responded to sexism in gaming with empathy".

In this interview, Chen shares her enthusiasm for competitive gaming and how it’s helped build a community; why some gamers may respond to the threat of increased diversity with gatekeeping; how benevolent sexism works, and how women can internalize and propagate misogyny; why we need women-only but not men-only gaming leagues, as the Hearthstone community discovered last summer; and why, despite being semi-retired, she’ll always be a part of the Smash Bros. international scene.

Download the audio edition of this interview below or from iTunes, Stitcher, Google Podcasts, Spotify, Spoke, Overcast, Pandora, Pocket Casts, iHeartRadio, TuneIn, RadioPublic, or the Internet Archive. Click past the jump for links to resources mentioned in this episode.