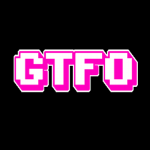 GTFO is a documentary about women, discrimination, and misogyny in video games. Featuring interviews with Brianna Wu, Maddy Myers, Courtney Stanton, Jenny Haniver, and more, the film examines gamers’ experiences as developers, journalists, competitors, academics, and community organizers. Filming began in 2012 and concluded in mid-2014, months before GamerGate broke, demonstrating that these issues are systemic, extending beyond a few high-profile incidences.

In this interview with director Shannon Sun-Higginson, we discuss what prompted her to make gaming the subject of her debut film; how being a casual gamer helped rather than hinder her approach to this topic; pursuing funding on Kickstarter; how she incorporated GamerGate into the film’s coda; who the film’s target audience is; how she hopes the film will change perception of the gaming industry; and her experiences as a woman director showing GTFO on the film circuit.

Co-hosting this episode of Polygamer is Monica Castillo — film critic for International Business Times, co-founder of the Boston Online Film Critics Association, co-host of the Cinema Fix podcast, and feminist who introduced me to Anita Sarkeesian. You can find Monica on Twitter and Tumblr.

GTFO released on June 9, 2015, for streaming via multiple outlets, including Vimeo and iTunes. Monica saw GTFO at SXSW, while Ken was comped a ticket to its Boston Independent Film Festival screening by Women in Games Boston co-organizer Nina Huntemann.