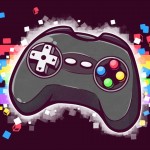 Gaming In Color is a feature documentary exploring the queer side of gaming. After being Kickstarted in 2013 and enjoying a limited release in 2014, the film had its official debut on May 19, 2015. Featuring interviews with GaymerX organizers and attendees and discussing topics such as representation in video games, Gaming In Color serves as a 62-minute primer on the intersection of sexuality and gaming.

In this interview, Gaming In Color director Philip Jones discusses how they took over the project after its acquisition by MidBoss Games; the documentary’s coverage of transgender issues; the reception the film has received from industry developers and publishers such as Riot Games and Electronic Arts; and why, in a pay-what-you-want distribution model, a customer paying only $1 to stream the movie was evidence the film was reaching its target audience.

Download the audio edition of this interview below or from iTunes, Stitcher, Google Podcasts, Mixcloud, Spoke, Overcast, acast, Pocket Casts, Castbox, TuneIn, RadioPublic, or the Internet Archive. Click past the jump for links to resources mentioned in this episode.