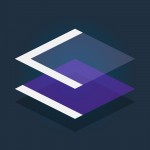 Shortly before Polygamer launched this July, and unbeknownst to me, a show with a similar focus debuted: Less Than or Equal, "a podcast dedicated to celebrating the accomplishments and contributions of geeks facing inequality in their industries." LTOE, hosted by Aleen Simms, casts a broader net than Polygamer, examining all aspects of geek culture but is of interest to gamers as well, with past guests that include Brianna Wu, Steve Lubitz, and Tifa Robles, the latter whom appeared on the PAX East panel that led to the founding of Polygamer.

Instead of being competitive, Aleen and I have become good friends, collaborating to advance the cause of diversity. I’ve been happy to connect her with guests such as Jenna Hoffstein and Quinn Dunki, friends whose work deserve attention but which may not be a good fit for Polygamer.

Aleen in turn invited me onto her show, becoming her first in-person guest when I was in her neighborhood for the opportunity. While I’m accustomed to guest appearing on podcasts such as Super Bonus Gaymer World or the Retro Computing Roundtable, the discussion usually revolves around whatever the show is about, such as video games or classic computers. In contrast, episode #14 of LTOE was about me! It was challenging to make myself sound interesting for an hour, but Aleen steered the discussion and produced some great conversation.

The episode was published November 10 and is now available here:

This week’s upcoming episode of Polygamer was directly inspired by a specific passage of LTOE, so if you want to be prepared, I suggest giving it a listen. Or if, as a Polygamer listener, you already have enough of my voice in your life, I encourage you to enjoy any one of LTOE‘s other 18 weekly episodes to date.

Advancing diversity means having diverse voices, and I am glad that neither Polygamer nor Less Than or Equal are advancing the cause alone.

« Polygamer #11: Ryan Green & Josh Larson of That Dragon, Cancer
Polygamer #12: An outside perspective »