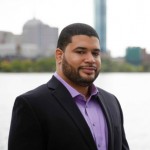 Duane de Four is an educator and activist specializing in gender violence prevention, bystander intervention, diversity, and sexual health education. He’s also a hardcore gamer and media critic who has spoken at PAX East on gender representation in games and gender equality in the gaming industry. In this episode of Polygamer, de Four speaks with Ken Gagne about how male and female characters are treated differently in such games as Batman: Arkham City, the toxic masculinity that has manifested itself in GamerGate, and how rape is an issue for both men and women.