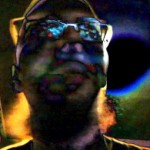 Shawn Allen of NuChallenger is developing Treachery in Beatdown City, a Bad Dudes-style beat-em-up with turn-based tactical elements and a diverse cast of characters. Do games that stray from the typical “grizzled white male” protagonist risk their commercial viability? What concerns did Allen have before deciding to feature black and female heroes? Ultimately, all games provide social commentary, and Allen’s is one that reflects his New York City.

In this interview, he discusses why he left Rockstar Games, what he learned from Treachery in Beatdown City’s two Kickstarter campaigns, why minorities are underrepresented in the indie development scene despite increased access to tools and crowdfunding, his experience attending GaymerX, and how GDC and PAX East 2015 being the same weekend is bad news for anyone attending even one of the shows.

This interview is available as video on YouTube and as audio in iTunes.

Resources mentioned in this episode:

Polygamer explores issues of equality and diversity in the gaming industry. New episodes air every other Wednesday on YouTube and in iTunes.